At Northwood College, we offer our sixth formers the chance to take part in our Northwood College Laureate Award programme.  This programme is part of our commitment to educating and developing the whole student.

Each girl chooses an Award (or more than one!), and she collects an electronic portfolio of evidence for this throughout her time in the sixth form.

Achieving a Laureate Award means that your daughter can prove to universities and employers offering internships that, not only is she academically successful, but that she also possesses skills such as leadership and teamwork.

In order to achieve their Awards, our current sixth formers are taking part in a wide range of diverse activities.  These range from learning a new sport to helping the elderly to learn how to use an ipad; from participating in school performances to mentoring younger students.  There are truly so many opportunities for leadership and self-development at Northwood College, and the Laureate Award recognises girls who take part.

JENNY IN YEAR 13 HAS COMPLETED HER MINERVA AWARD.  SHE SAYS,

For my Minerva Award, I attended two academic lectures and wrote an article about them to share with my teacher. The first lecture that I attended was held at the Museum of London and discussed the architecture of St Paul’s Cathedral in both its present and past forms and the exciting new archaeological methods we can use to discover information about the structure of ancient buildings. The second lecture that I attended focused on the importance of the narrative in literary works and how this can be explored effectively in an exam situation

I also completed a ‘Massive Online Open Course’ (MOOC) on the website ‘Futurelearn’, and I read  three books that related to my studies, but went beyond the specification, and submitted a written analysis of learning from these three books to my form tutor.’

Finally, to complete my Minerva award, I attended a subject-related extra-curricular activity for one term; Sixth Form Book Club, which relates to my study of English Literature. The book club meets once a week, each week we discuss our current book and our feelings for it and choose another book to read for next time. The books read have been wide-ranging, and all have been enjoyable so far.

SOFIA IN YEAR 12 IS WORKING TOWARDS HER JUNO AWARD.  SHE SAYS,

I ran a T+ session with two other girls in my year. We did an experiment with some year 6 girls, showing them how to do the elephants’ toothpaste experiment.  This involves the decomposition of hydrogen peroxide and the formation of oxygen causing foam to rise and a long ‘elephant’ like trunk rose from the measuring cylinder. The girls seemed as if they enjoyed themselves so we hope that they did!

I also helped backstage at the production of ‘Sweeney Todd’.  I helped to do the stage makeup for the actors. It was a really fun experience and we got to meet lots of new people from other schools who were also involved in the play. It was really nice to see the actors on stage and seeing the makeup you did on them work out. It was hard because the boys were not very happy about wearing make up! But it was really fun and by the last day of the play they all wanted to come and have their makeup done first! Overall it was really fun and it was something so different to what I would normally volunteer to do.

ALEX IN YEAR 13 IS WORKING TOWARDS HER ARTEMIS AWARD.  SHE SAYS,

I have also been helping out the Year 5 netball club for an hour each week.  I have been leading their warm up sessions at the beginning of the club, and I often officiate their games.   I learned how to officiate properly – although I play netball myself and know the rules, It’s much harder to spot the mistakes that other players make! 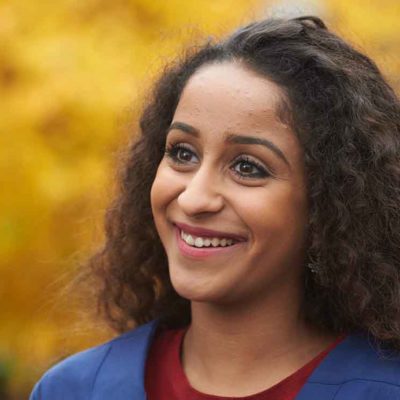