Every school in the GDST have a select number of Science Ambassadors in Year 8. On Tuesday 24 September 2019, all of the GDST Ambassadors went to Imperial College London, a science based university, where we interacted with other schools across England and met several people who have gone beyond excelling in STEM. We were inspired by several people, such as, the first British astronaut.

The Sky is our Limit

One of my personal highlights was a speech made by the first British astronaut, Helen Sharman. She began by telling us about her past and how she was once a girl just like you and me. She had no idea that she wanted to be an astronaut nor did she know she wanted to have a career in STEM. She had a love of science and languages but focused more on a science based job. She had then become an ice-cream maker working in the Mars chocolate factory, since at the time they were creating ice-cream in the company as it was popular in summer. She used science to create it and discover new tastes. Then, one day she was driving home, and was trying to find a good song to listen to when she came across an ad on the radio and it said, ‘Astronauts needed, they should be good at speaking languages, to adapt to the Russian language where the training was held, and should have experience in science.’ Helen Sharman applied for the job, expecting to be rejected, but she was chosen to go to space to run some experiments. Some of the experiments she did included trying to grow fruit. She inspired us all and taught us about life in space. We were intrigued to know what NASA aspired to do next – go to Mars. She said that she believed the first person to go to Mars was at school. We were the children of the future.

After the talk, we started to listen to lectures about the types of careers science is used for and how it impacts our world, helps other people, and how these jobs are useful.

Bioengineering is the application of engineering principles to solve practical problems in medicine or biology. We learnt about different ways of studying the hand, the types of injuries and surgeries, the different jobs bioengineers have and the skills you need to be a bioengineer.

The bioengineer told us about the many ways of studying the hand, such as,

The injuries that could happen to your hands are: joint damage, nerve injury and tendon injury.

There are different ways of doing surgeries that were shown, for example: 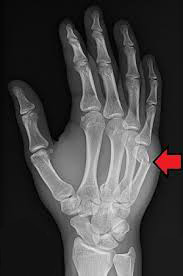 As you would probably tell, the majority of the people in the room would have chosen to replace the bone with tendon, but the problem is, is that it is quite expensive. The skills for a bioengineer are:

Depending on the type of material scientist’s job, they do different jobs from producing and inventing new fabrics, to making materials that will help people’s lives for the better. For example, we were told about someone who was paid to find out what makes chocolate taste good, which was found out was due to the size of the fat crystals, the smaller the crystals, the better the taste of the chocolate. Some materials scientists produce smart fabrics, which keep you warm/cool depending on your temperature. Material scientists have also looked into how why butterflies have very vibrant patterns,and it is because of their microstructure, so the wings reflect light, and the light shines, making our eyes see the vibrant colours on the butterflies’ wings.

Some of the materials they told us about were:

The lightest materials- made up of 99.9% of air and 0.1% of silicone and graphite, and are the best insulators of heat.

If it is cut in half, or if it is broken, it can put itself back together again.

The material remembers its original shape and once bent, it will change into its original form if placed in hot water.

Made out of liquid crystals. Liquid materials are materials that can flow like liquids, but have the properties of solids.

Materials to help people and creates new materials to use as a bone. Biobone, for example, is used in Sensodyne toothpaste to strengthen the bones.

Geoscience is about understanding how the planet works, and what we can do to help it. Earth science and geology focuses on climate change issues and global warming. In this lecture, we learned about what lies beneath the surface of our Planet.

Did you know: around 70-80% of our worldly energy supply comes from natural gas, oil and coal. This means we are at risk of energy shortages, because for all the coal mined and used, none of it can grow back.

Dead marine organisms accumulate the sea floor and after a very very long time, get buried underneath layers of sand and cobblestone. Oil and gas -> produce fossils -> which are burnt to make fuels.

These gases are being released into our air, and polluting our world, that we are responsible for. Earth science is not just about learning and studying our Earth, but saving it as well and trying to find ways to supply our energy in an eco friendly way

Subjects required for a career in Geoscience include: physics, maths, chemistry, biology and computer science.

After finding out more about the many careers in STEM and how people are making a difference, we were told by Hannah, one of the students in Imperial, about how we should be a STEM Ambassador, and we brainstormed our ideas on what science based activities we could do to promote science to other people in the school, and collaborated with the GDST schools while brainstorming. Overall, the trip to Imperial College was a success and very fun, learning a lot of new things about STEM, and about how we can bring some of this back to our school.