On Tuesday 17 September, Year 12 and 13 History students visited Notting Hill and Ealing High School for a conference featuring five eminent historians from Royal Holloway, King’s College London, Nottingham, Roehampton and Queen Mary’s. The topic of discussion focused on the political and economic implications of Britain’s shift from the imperial in the 20th century, with social impacts of decolonisation also being discussed. This was a fantastic opportunity for us to enhance our historical interests and knowledge outside of the curriculum and a great way to connect with girls from other GDST schools through a common interest in studying history. 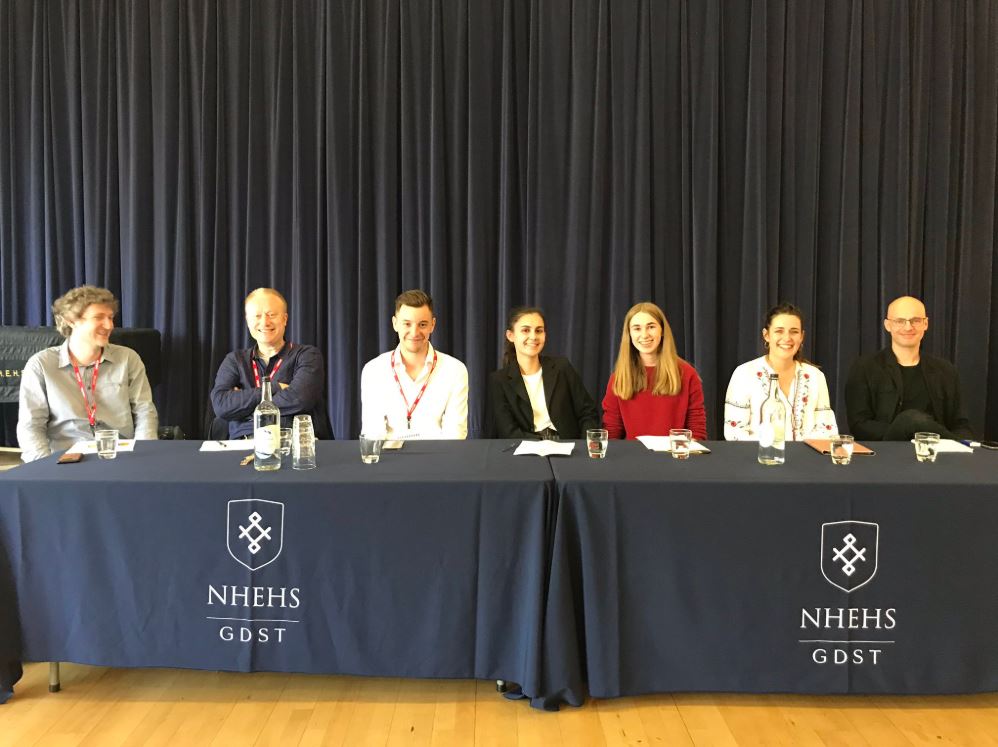 Each historian spoke for ten minutes, outlining the importance of the end of the British Empire to them, and in some instances linking this to examples of research they had carried out themselves. The variety of approaches to the question made for a very engaging session, and to hear historians talk first-hand about their current projects of research was a new and exciting experience. Throughout the discussion, heavy emphasis was placed on not viewing historical events as solely ‘good’ or ‘bad’, and Dr Kim Wagner argued that the British Empire should be viewed in a similar sense. He suggested the culturally detrimental impacts of British hegemony in Malaya and Kenya is often balanced with the suggestion that the Empire is viewed by some as a ‘force for good’; the biased way in which perhaps the entire British public views Empire was discussed. The impact of World War Two on Britain’s ability to maintain its Empire was also mentioned, particularly because the origins of imports changed during this time, and Britain simultaneously ended up in significant debt.

The historians went on to outline that this led to the granting of independence to many countries in the Empire, with this largely being due to Britain’s slipping grip on worldwide influence. All the historians agreed that the end of Empire was not a philanthropic choice by Britain but was something forced upon her and yet it was presented as the former at the time. Many of the arguments posed regarding a modern view of the Empire were interspersed with the idea of racial discourse and the role of race in colonialism, which prompted the reference of higher levels of emigration than immigration that existed following the War as the ‘stain of imperial racism’, with an increased sense of national identity in ex-colonised countries became more apparent in the latter half of the 20th century. As the topic of conversation moved to a modern context and perspective on the legacy of the Empire, whether the British Empire had conclusively ended was contested. Some historians used the British cultural domination that accompanied Empire and which are still seen today as evidence that remnants of imperialism are still pervasive in society, whilst Dr Paul Stocker referenced ignorance of the forces behind the end of Empire as being apparent through the decision to leave the European Union. This point expanded into a discussion regarding the clash between Imperial nostalgia and Imperial guilt, both of which are seen today in various forms, and both of which highlight the divisive nature of the legacy of Imperialism. With some very intellectual and thought-provoking questions from the audience expanding the debate and concluding the event, the symposium was highly informative and intriguing. We would like to thank Mr Allen and Miss Morton for taking us to what proved to be an exceptionally interesting and enriching afternoon.