Year 3 travelled back in time to the Stone Age, thanks to the Travelling Natural History Museum!

They took on the role of hunter-gatherers, stalking their prey, the poor mammoth, hunting it with spears and a bow and arrow. It stood no chance against their expert archery skills!

The girls also learned about making fire and flint-knapping, as well as studying the footprints of ancient stone age animals, making moulds with plaster of Paris and adorning themselves with handmade necklaces.

They then travelled back to the present, taking on the role of a palaeontologist, digging for a fossil and uncovering a lost smilodon fossil. A large range of exhibits were explained to them and they had the opportunity to hold a real Stone Age hand axe and examine the sophistication and development in stone age technology. They had a thoroughly enjoyable day. 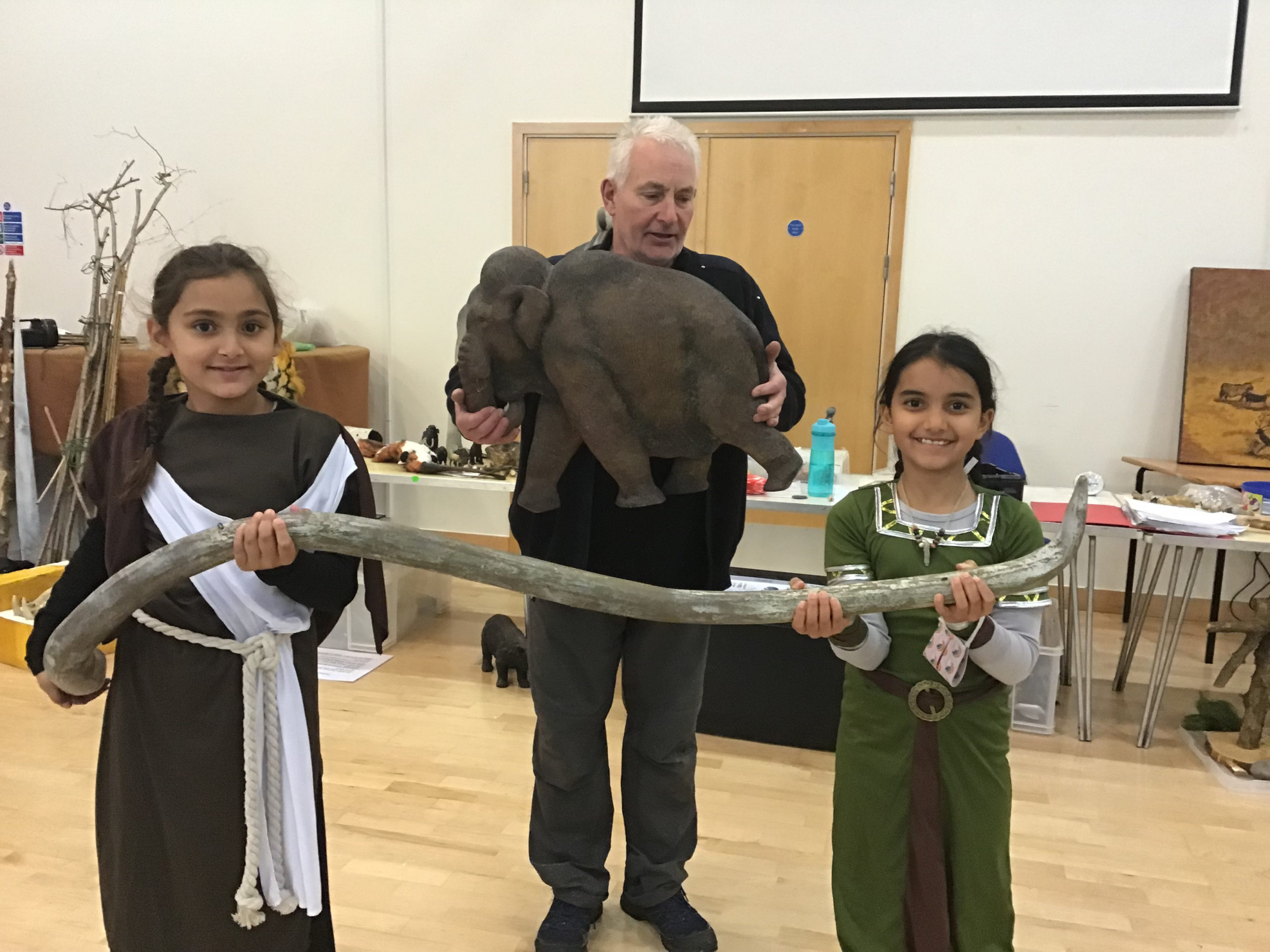 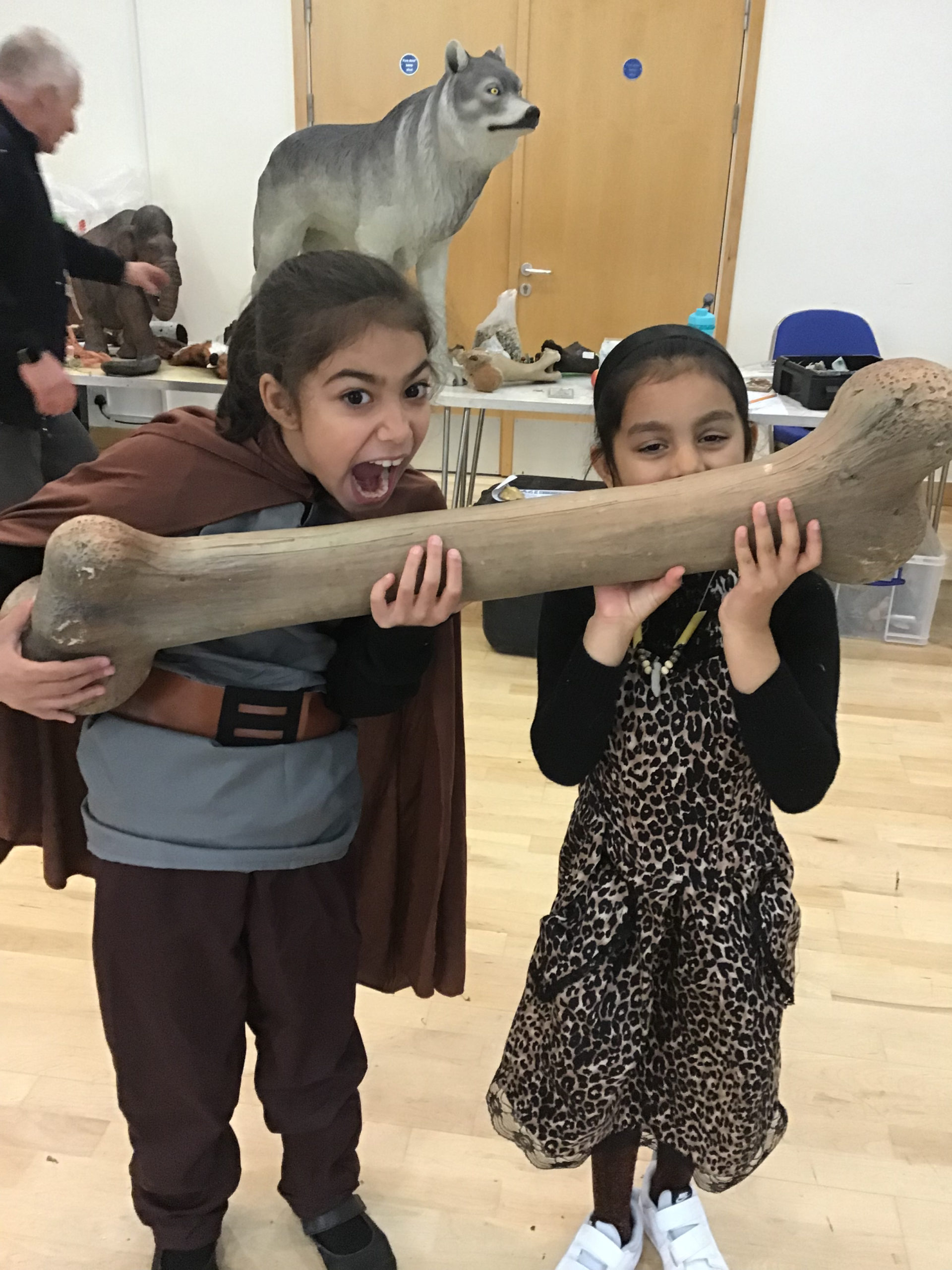 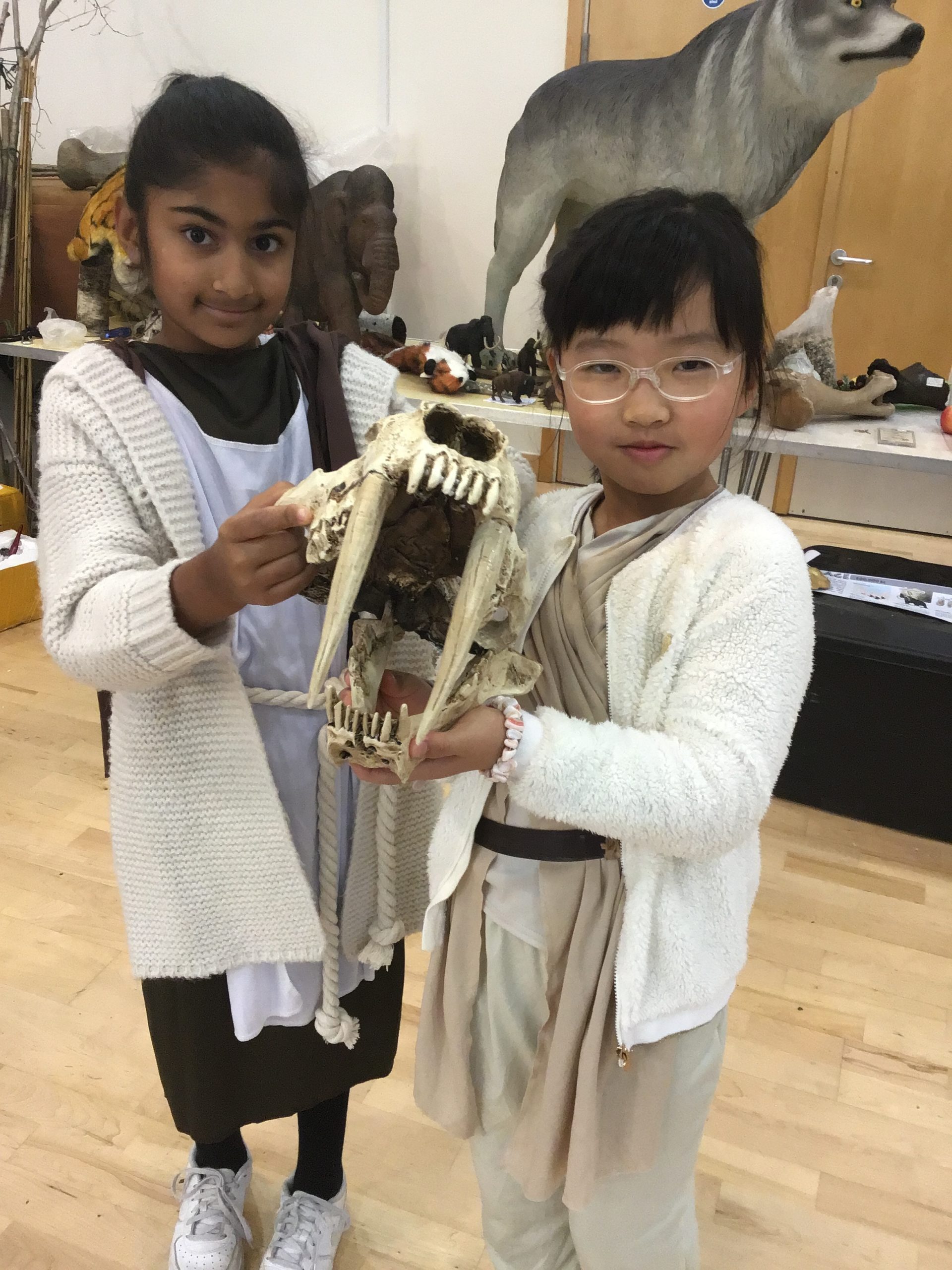 Here’s what the girls themselves had to say:

Anavi – “My favourite part was looking at the arrow heads, because they were very interesting and I liked shooting at the mammoth. It helped me understand more how they killed the animals in the Stone Age.”

Nurulhuda – “I liked when we got to shoot arrows at the mammoth, because we were imagining how it would be like in the Stone Age to hunt a mammoth.”

Ariana – “I liked the bit where Stone Age Peter said about the bones and showed us bones.”

Aarohi – “What I found best was when Stone Age Pete showed us how to make plaster mould of an animal print and also I found it interesting to look at the mammoth’s tusks.” 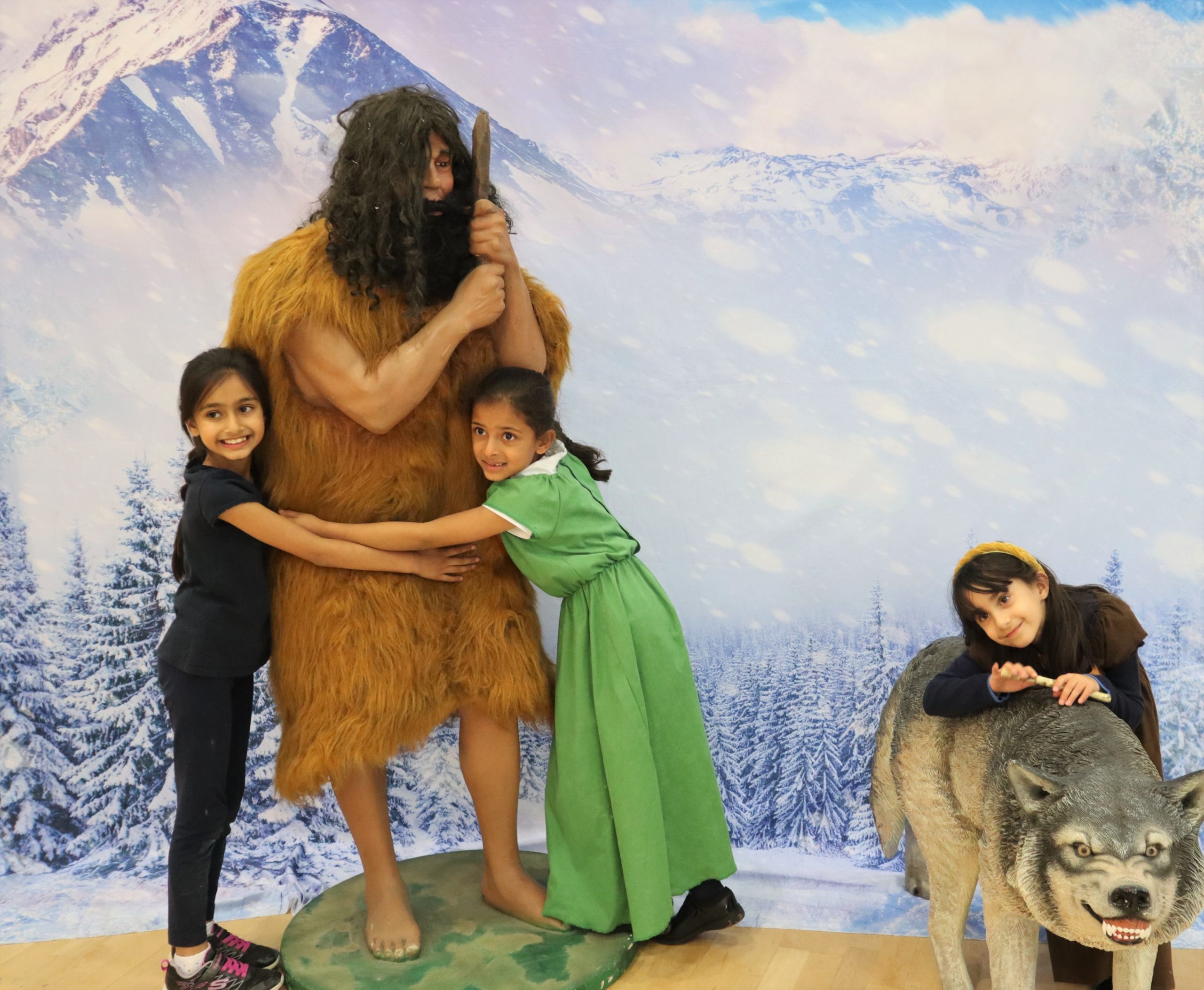 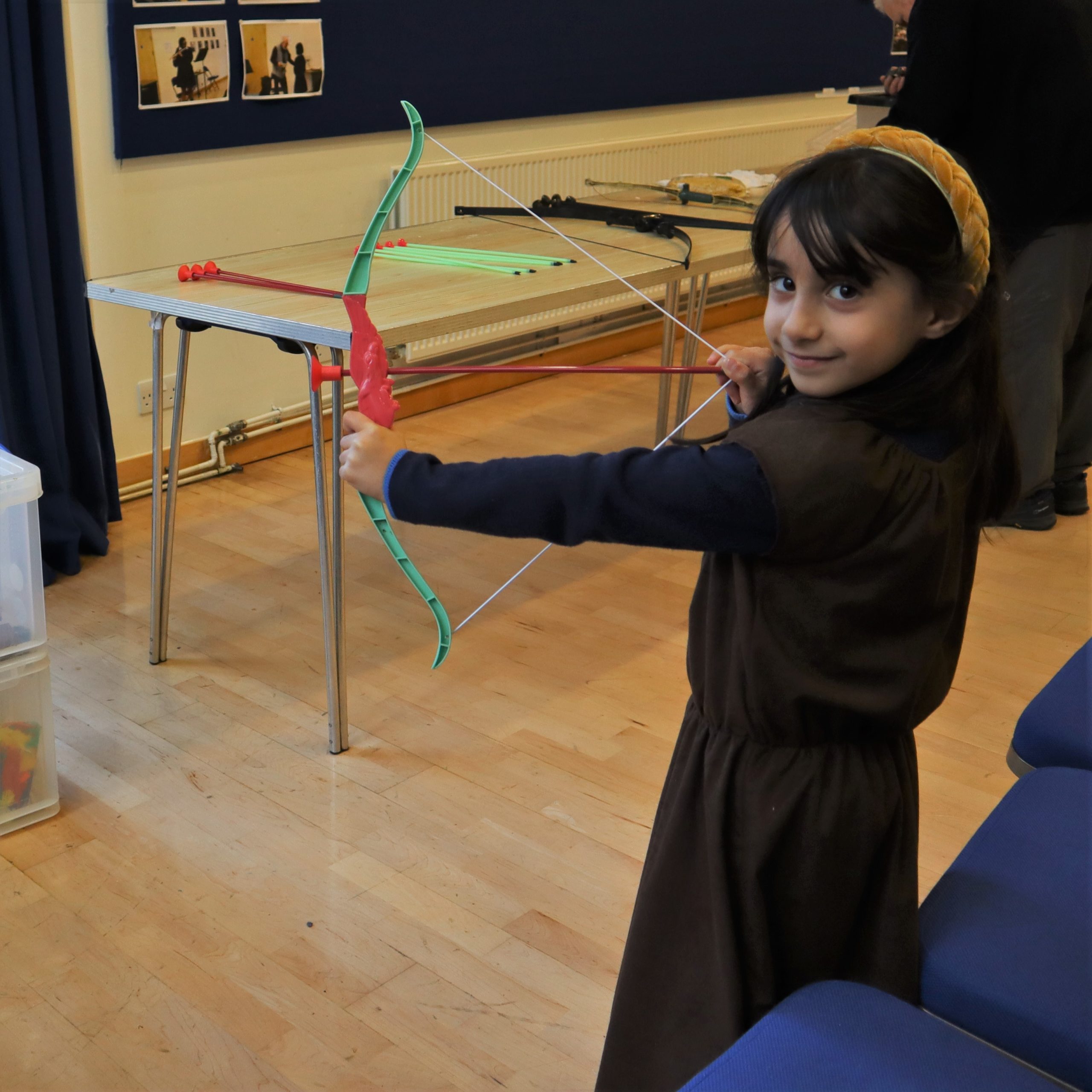