NWC were victorious in the 3rd Online Premier Chess Coaching Under 11 Prep and Primary Schools Tournament, coming in first place of Division 2 and by some distance!

The tournament was played online via a chess playing site, and the girls’ hard work means they will be placed in Division 1 next term alongside some of the strongest young players in the country!

A huge well done to Ananya, Anya M, Anya S, Felicity, Kiara, Ximena, and Samara, who managed to win all of her games! 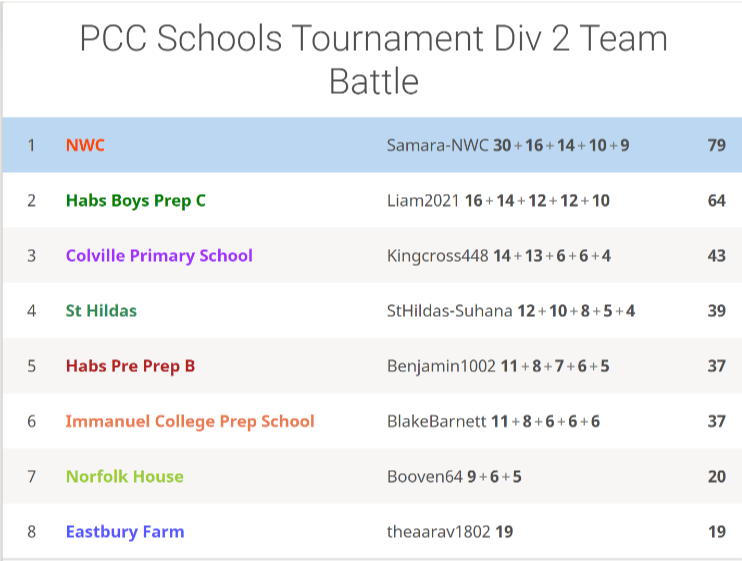